The work of the company is characterized by a willingness to offer highly completed shows artistically. The Theatre of Goussan creates texts that are a true reflection on life, about art and texts that focus on contemporary challenges facing humanity such as war, immigration etc.

“Goussan” was given in 2015 the double mission to bring a fresh look at the Iranian translated original texts in French and English to discover the texts of foreign contemporary authors spectators Quebec. 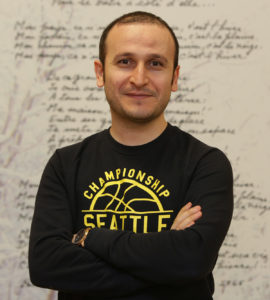 After graduating from the Tehran” Art University”, Mehdi worked for seven years as a director and performer in Tehran. From 2006 to 2013, he worked on a few plays for theatre center “Molavi” as well as “ the house of theater”  in Tehran. As an art director, performer and play-reading director. He has collaborated twice with the “Tehran International Theater Festival”. He was nominated as the operational director and questionnaire for the 2nd Theater Seminar of the “Tehran International Theater Festival”,  in 2008. His own projects were presented in Tehran in various renowned theater halls. He arrived in Montreal in 2014. He managed to stage a play with Iranian adults at the ¨Segal¨ Center just one month after his arrival in Montreal. He also worked on a few plays with the children of the school “Dehkhoda” from 2014 to 2016. Then in 2015 he worked with Luc Courchesne and Naeim Jebeli as performer in the projects “Portrait number 1” and “God of Carnage “presented at the Montreal Digital Arts Center and the Côte-des-neiges cultural center. In addition, he worked on Neil Simon’s “Star Spangled Girl” as a director, presented at the Côte-des-neiges Culture House in 2015.This year he worked with The Opsis Theater as an assistant to the artistic direction under the direction of the Conseil des arts de Montréal as an intern. 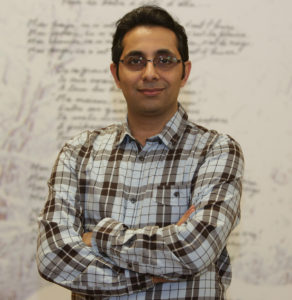 After graduating from the “Sooreh” University of Tehran, Amin he had some experiences as a Play Writer and Director in Tehran. From 2009 to 2013, he had written some plays which one of them performed in “Art” hall in Tehran and one scenario which has been sold to the . Farabi Cinema Foundation  “FCF”.  As a director;  he worked on two which had written by himself. He worked on some other projects as Assistant Director, Set Designer and performer. He arrived in Montreal in 2014. He managed to stage a play with Iranian adults at the Segal Centre just a month after his arrival in Montreal. He also worked on some pieces with the children of Dehkhoda school from 2014 to 2016. He worked on the play “Star Spangled Girl” by Neil Simon as assistant director, presented to the House of Culture Côte-des-Neiges in 2015. 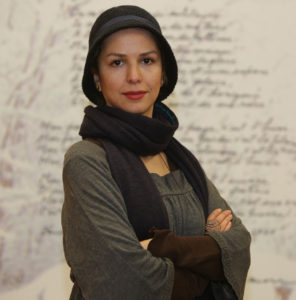 In 2008, Nora Zarkandi graduated at “Karnameh” Art institute  as an actress and after that, she acted in “veil of bride “directed by “Amir Amjad”.

Since then  she was working as an actress and studying in Azad university. Meanwhile,  She played in several short films and tele movies. “duet for one” directed by “Morvarid Sayad”, “the man who thought “ directed by “Mansour Frozesh”, “waiting “ directed by “Flora Sam” and some other plays. Whilst, she wrote two plays;  “I promise you“ and “cold season”. Eventually she received the bachelor’s degree in Dramatic Literature in theater from in 2014.

She has been continuing her activates as an actress and playwright in Montreal since She had landed in 2015. 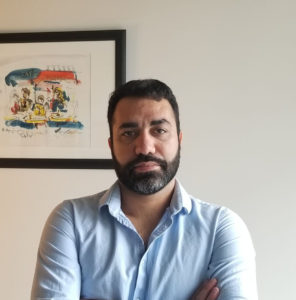 The holder of a Bachelor’s degree in translation and interpretation and a master’s degree in language didactics, Mehdi began working as a translator and teacher for Iranian TV channels and many language schools in Tehran. From 2004 to 2007, he held the position of French Department Director at the Bayan Salis Institute (English International House) in Tehran.
As an interpreter, he collaborated with the Iranian sports federations and the International Tourism Fair (Top Resa) in Paris.
He currently teaches French as a foreign language at ICAO (International Civil Aviation Organization) and at the YMCA International Language School in Montreal; he is also working on several artistic translation projects.